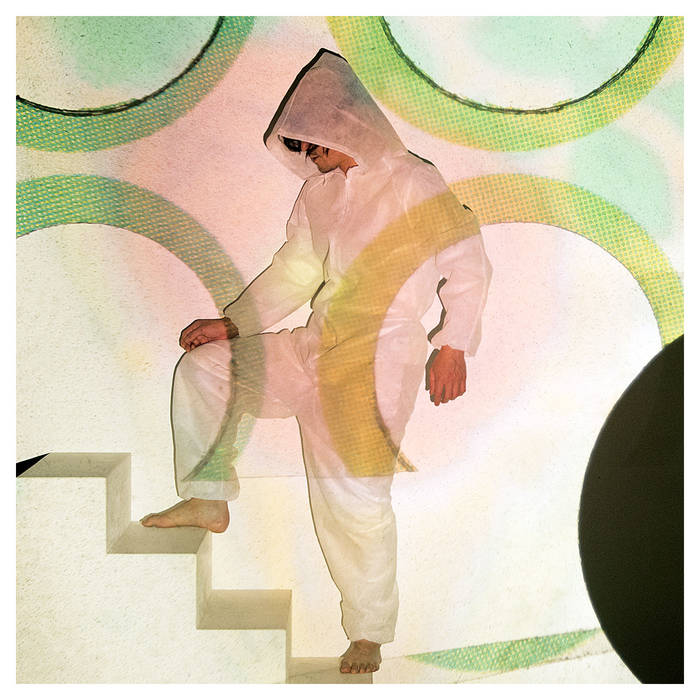 Since around May of 2006, Ueno became obsessed about recording instrumental tracks using his 4 track multi track cassette recorder. That went on until June of 2008. He had no intention to release the works. Probably he thought of them as demo tracks in the beginning. However, after a while, he got lost and forgot why he was doing this in the first place, and started to add strange sounds and phrases. He would randomly put them together, and from time to time, Saya would also secretly add some of her own sounds. She would sometimes erase one track from a recording that had already used up all four tracks, and add her own voice. However, as you know, once a sound is erased from tape, it means that its gone forever. Therefore, there was no use in getting in to fights about it (although we did). Ueno was strangely in to rhythm while he was making this series. Probably Trip Hop was being played back in his mind. Most of his attempts ended as a failure, or became something that was not intended.
Some of the tracks functioned as demos, just as Ueno had initially planned. At first, Saya borrowed two tracks from this series, and used them in her Nikasaya project (with Kazumi Nikaido). Then she took another two for oneone (a project of her and Satomi from DEERHOOF). And then for the Tenniscoats, another track was featured on our recording with TAPE, and another few were featured on our recording with Jad Fair. After a while, Ueno used some tracks in his own Mayonaka Music project with Hiroki Misawa. Now the Tenniscoats is using another as a Karaoke track for our new album Music Exists, and I featured another three on my folk music style solo album Monthly Ueno.
If you think about it like this, there are many songs that have been recorded and released from it, and I think you could say it’s a slugger series. And now, both the tracks that were used, and the tracks that were not, will all be released here as my work. That could count as a 100% hitting average, wouldn’t it? This Ueno Action is a big case in that way. By the way, this title is something that Saya wrote on the CD-R when I mixed them on to a digital format. I don’t know what she meant at first, but I assume she considered these works somewhat like Ueno’s “first errand.”
It’s been a while since the release of this series was decided, but there are a lot of tracks and a lot of things that happened in between, and if I try to write about everything it will turn in to a bulky booklet, which will delay the release even more, so I’ll leave that out.
This will be my explanatory note for this series.