by 夏の大△ / The Great △ 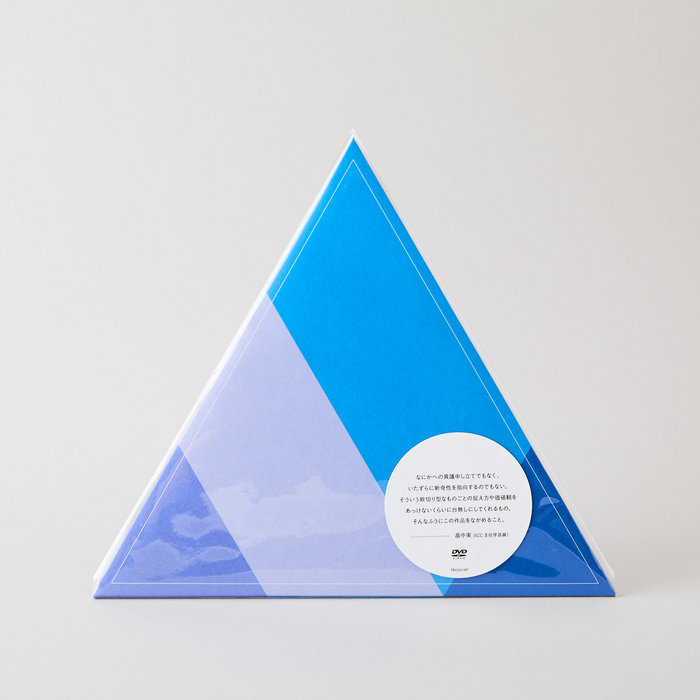 I have to trip back in time to 2009 when I first met Satoshi Yashiro, Takahiro Kawaguchi, and Makoto Oshiro. Meeting Yashiro by chance while preparing to open my gallery, we began a relationship when I asked him to organize an exhibition at my gallery. In 2010, Yashiro proposed to me the group exhibition called The Great △ @ Baikado bringing together the three, each of whom each has backgrounds of different specialties: media art, fine art and music. The title originates from the summer constellation that includes Vega, Deneb and Altair.


What impressed me most was that they did not like their work to be categorized as Sound Installations. I understood their opposition after I saw the exhibition. After the year 2000, music was increasingly being introduced into the context of fine art, and Yashiro, Kawaguchi and Oshiro, I assume, did not feel comfortable to be easily connected to this genre. Their exhibition that was held in 2010, and the three pieces included in this DVD each showed their attempts to maintain their distance from preexisting categories such as fine art or music.


Highti, which was videoed on the roof of an old building, Septima at an art gallery, and Moroiso along a seashore, are each documentaries of Yashiro, Kawaguchi and Oshiro’s actions that could be viewed as works in progress or three separate performances. They carefully try to figure out how best to place the devices and tools, which can hardly be described as instruments, as well as objects they found nearby and set them out at the site. In Moroiso, hardly any of the items were prepared in advance. Yashiro, Kawaguchi and Oshiro do not interfere with each other throughout the footage and do not seem to be doing anything in pre-established harmony.


The uncut documentaries were videoed by a stationary camera except for Septima, and each player comes in and out of the camera frame in an unrestrained manner. The videos involve very little editing, and the unclear images make it difficult for us to see what they are actually performing. Their actions are too blunt to be called an “out-of-the-ordinary” production or performance. On the other hand, they are much too odd to descent to an ordinary state of pure play, and constantly have the viewers tantalized. In other words, their actions show their discomfort with being described and understood as “artwork”: fine art, music or performance, which are supposed to be recorded and archived.


Art has expanded its domain since the modern age, and while comprising our every possible act of expression, it has also institutionalized and consumed itself through its process of classification, categorization and archiving. This development has accelerated at a stunning speed along with the recent media and technology. The actions of the three performers, trying to keep their distance from being connoted and forgotten in this development, are not confident and loquacious statements of protest like those of the avant-gardists, but are rather awkward. However, if we look at it from another perspective, we must not overlook the fact that manifesting the uncomfortableness of art is also a manifest of the possibility of art’s survival. A statement of protest has always begun in an awkward and quiet way. I feel a tantalizing “quickening” from the three. (Hisanori Gogota / Baikado)

THE GREAT △ is: